After suffering they’re first ever Test series loss at home against India, the Kangaroos look to bounce back

Australia’s road to redemption begins now. After having a really disappointing year in 2018, Australian Cricket is at the crossroads. With the World Cup just a few months from now, the Defending Champions will hope to get their season back on track. But the road to resurgence isn’t going to be easy. Next up is the three-match ODI series against India which will be followed by a packed limited-over schedule that runs all the way up to the World Cup in England. India vs Australia ODI series kicks off at the Sydney Cricket Ground on Saturday, January 11 and will be a perfect opportunity for the Australian Cricket team to find some lost form.

Australia announced its team for the ODI series right before the last test match in Sydney. With a few players making a comeback and some missing out, it is clear that the team management wants a reaction from the players. Veteran seamer Peter Siddle cracks the first team after a nine-year hiatus. Siddle who played his last match back in 2010 makes it to the first team at the back of some impressive first-class performances. Joining the 34-year-old are Usman Khawaja and Nathan Lyon who has also been recalled to the ODI series.

Mitchell Marsh and Alex Carey will be the two vice-captains in keeping with Cricket Australia’s new policy after the Sandpaper Gate.

Like India, even Australia have rested their core pace attack for the ODI series. The trio of Mitchell Starc, Josh Hazlewood and Pat Cummins who had a decent. Test series have all been rested keeping the Sri Lanka Tests in mind. Some of the other players who have lost a spot in the ODI squad owing to poor form are Travis Head, Chris Lynn, and D’Arcy Short. Nathan Coulter-Nile is still nursing a lower back injury and he too misses out from the series. 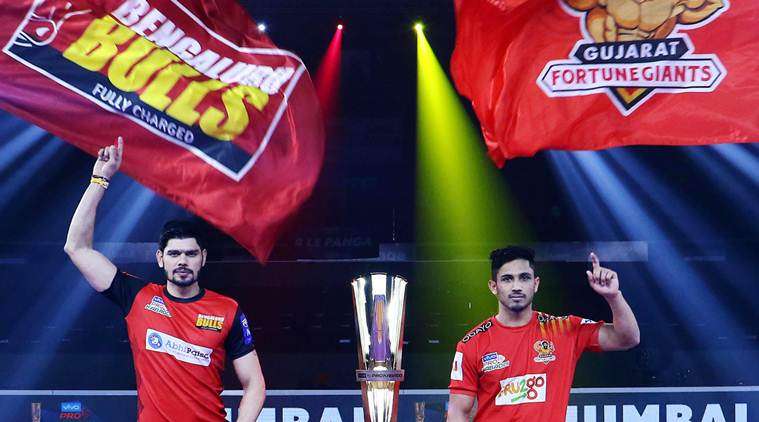 Pro Kabaddi Final, Bengaluru Bulls vs Gujarat Fortunegiants Final Highlights: Bengaluru Bulls beat Gujarat Fortunegiants in the Pro Kabaddi Season 6 final at the DOME@NSCI SVP Stadium in Mumbai on Saturday to lift their maiden trophy. Both the sides had been previous runner-ups but Bengaluru made a brilliant comeback in the second half of the final match to win the battle as well as the title.

This is Bengaluru’s second consecutive win against the same team. Gujarat first went down to Bengaluru in the Qualifier 1 and had to fight their way to the final before the new champions ruled the mat to take home the title of Season 6.

Bengaluru Bulls beat Gujarat Fortunegiants 38-33 in the final to lift the season six trophy. This is their maiden Pro Kabaddi trophy. They make a brilliant comeback in the second half to inflict two all outs on Gujarat and take the title.

That’s another ALL OUT inflicted on Gujarat Fortunegiants, who are in trouble now. Bengaluru take crucial points towards the end of the match as the score reads 36-30.

Rohit gets Gujarat Fortunegiants back in the game with a fabulous raid. What a match! What a final!

Bengaluru Bulls make a solid comeback as they inflict an all-out on Gujarat Fortunegiants. Brilliant stuff from Pawan. Bengaluru in the lead now

Good job by Pawan as he achieves his Super 10 in the final. Pawan being the star for Bengaluru today

Pawan gets back with a touch point and tries to bridge the gap between the two sides. The score reads 15-20 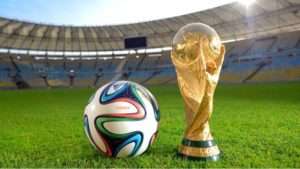 The FIFA World Cup, often simply called the World Cup, is an international association football competition contested by the senior men’s national teams of the members of the Fédération Internationale de Football Association (FIFA), the sport’s global governing body. The championship has been awarded every four years since the inaugural tournament in 1930, except in 1942 and 1946 when it was not held because of the Second World War. The current champion is Germany, which won its fourth title at the 2014 tournament in Brazil.

The current format of the competition involves a qualification phase, which currently takes place over the preceding three years, to determine which teams qualify for the tournament phase, which is often called the World Cup Finals. 32 teams, including the automatically qualifying host nation(s), compete in the tournament phase for the title at venues within the host nation(s) over a period of about a month.

The 20 World Cup tournaments have been won by eight national teams. Brazil have won five times, and they are the only team to have played in every tournament. The other World Cup winners are Germany and Italy, with four titles each; Argentina and inaugural winner Uruguay, with two titles each; and England, France and Spain, with one title each.

The World Cup is the most prestigious association football tournament in the world as well as the most widely viewed and followed sporting event in the world, exceeding even the Olympic Games; the cumulative audience of all matches of the 2006 FIFA World Cup was estimated to be 26.29 billion with an estimated 715.1 million people watching the final match, a ninth of the entire population of the planet 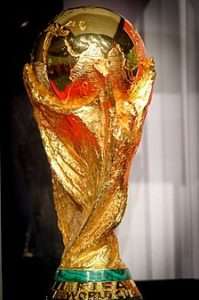 From 1930 to 1970, the Jules Rimet Trophy was awarded to the World Cup winning team. It was originally simply known as the World Cup or Coupe du Monde, but in 1946 it was renamed after the FIFA president Jules Rimet who set up the first tournament. In 1970, Brazil‘s third victory in the tournament entitled them to keep the trophy permanently. However, the trophy was stolen in 1983 and has never been recovered, apparently melted down by the thieves.[44]

After 1970, a new trophy, known as the FIFA World Cup Trophy, was designed. The experts of FIFA, coming from seven countries, evaluated the 53 presented models, finally opting for the work of the Italian designer Silvio Gazzaniga. The new trophy is 36 cm (14.2 in) high, made of solid 18 carat (75%) gold and weighs 6.175 kg (13.6 lb). The base contains two layers of semi-precious malachite while the bottom side of the trophy bears the engraved year and name of each FIFA World Cup winner since 1974. The description of the trophy by Gazzaniga was: “The lines spring out from the base, rising in spirals, stretching out to receive the world. From the remarkable dynamic tensions of the compact body of the sculpture rise the figures of two athletes at the stirring moment of victory.”[45]

This new trophy is not awarded to the winning nation permanently. World Cup winners retain the trophy only until the post-match celebration is finished. They are awarded a gold-plated replica rather than the solid gold original immediately afterwards.[46]

Currently, all members (players, coaches, and managers) of the top three teams receive medals with an insignia of the World Cup Trophy; winners’ (gold), runners-up’ (silver), and third-place (bronze). In the 2002 edition, fourth-place medals were awarded to hosts South Korea. Before the 1978 tournament, medals were only awarded to the eleven players on the pitch at the end of the final and the third-place match. In November 2007, FIFA announced that all members of World Cup-winning squads between 1930 and 1974 were to be retroactively awarded winners’ medals.